Are you ready for the GDPR?

At Autumn Budget 2017, the Government published its position paper on Corporate tax and the digital economy, inviting comments from interested parties by 31 January 2018.

The paper set out the Government’s concerns that the profits of some multinational groups are not being taxed in the countries in which the value is generated. The paper also set out some of the ways in which the Government intends to address the problems created by the digital economy. See the news item for details of the original announcement.

The Government has published an update to this position paper on the 13th of March 2018, following the review of feedback submitted by interested stakeholders, setting out in more detail how it believes the challenges posed by the digital economy can be resolved.

It should be noted that the paper does not set out the Government’s final stance on these matters and the proposals will need to be refined on an ongoing basis in order to meet the policy objectives. It is hoped that the position paper will help to inform the work being carried out by the OECD and the G20 in finding a multilateral solution to the problems identified.

The key aspects of the position paper update are:

Further business engagement and written feedback is welcomed by the Government whilst these policies continue to be developed. 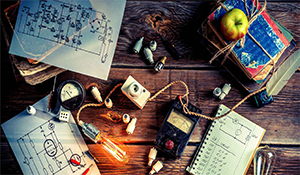 Tolley's Autumn Budget coverage provides you with free in-depth analysis, practical guidance and commentary on the Budget, and its impact on you and your clients.