Former President of the CIOT and Director of Tax Division, LexisNexis UK
http://www.tolley.co.uk

A popular and well respected figure in the tax world, Chris started his professional life by training to be an accountant but he soon switched to tax. After a spell as a tax adviser working for PKF in Luton, Chris became a tax lecturer and gained a strong reputation for his accomplished and entertaining style. ‘He brought huge energy and passion to his teaching and an infectious love for the subject which he conveyed to everybody in the room,’ said one of his contemporaries. ‘He was always in great demand and rightly so,’ said another. ‘Many people can thank Chris for having helped them achieve their professional qualification.’

During his time as a lecturer, Chris worked for a wide range of CPD providers, and he was a director and co-owner of Online Tutors. On the sale of that business to publisher LexisNexis in 2003, Chris joined the group to run its tax exam and CPD training wing. Under his stewardship, the business thrived, becoming the leading player in the UK tax professional qualifications market.

Promotion followed in 2009 when Chris became director of tax markets with responsibility for the UK tax publishing portfolio, and he was subsequently appointed to the firm's UK senior leadership team. ‘To say he reinvigorated our business would be huge understatement,’ said one colleague. He restored the Tolley name as the brand for its tax business; he introduced an online research platform specifically for tax professionals; and he masterminded the development of a new and popular practical guidance service.

Chris was appointed chairman of Tolley in April 2017. During his 14 years with LexisNexis, Chris ‘transformed tax markets with his dynamic leadership, entrepreneurial flair and ebullient personality’.

Chris also played an active role in the wider tax profession. He joined the Association of Taxation Technicians and the Chartered Institute of Taxation, where he volunteered and served on the councils of both professional bodies.

Such was the high esteem in which Chris was held, he was elected president of the CIOT for the year 2015/16. ‘Chris very much set the tone for officers when he became president,’ said a fellow former president. ‘His focus was on working as a team, rather than as a single individual.’

Chris believed the profession had a crucial role to play in making the tax system work, and he thought the institute should be a ‘critical friend’ to HMRC and government. He served a momentous term, heading the tax profession in times of great change. In response to a ministerial challenge over tax avoidance, Chris was heavily involved in the development of the new professional code in relation to taxation, working closely with the major tax and accountancy bodies as well as HMRC and government. ‘Chris took the lead in concluding that it was vitally important for the profession to remain in control of our standards, and then worked closely with tax policy director John Cullinane, the ICAEW and the other professional bodies to deliver a new bar.’

Chris joined had CIOT council in 2004 and was due to retire in 2019, but council resolved to extend his term to 2021 to enable him to serve as chair of the Institute’s Low Incomes Tax Reform Group, and he served as its vice chair from May 2017.

In addition, he helped to launch the Institute’s New Tax Professionals initiative; he became a liveryman of the Worshipful Company of Tax Advisers; and he was appointed to HMRC’s Taxpayers’ Charter Advisory Committee.

Outside of work, Chris enjoyed a wonderfully fulfilled family life with his civil partner Tom, their son Charlie and three dogs. The family liked whenever possible to escape to their Isle of Wight bolthole in Cowes, where Chris indulged his passion for jet skiing on the Solent.

Music was also a big part of Chris’s life: he had an eclectic taste that encompassed everything from Paganini to Meatloaf, and he was particularly fond of Beethoven. A talented violinist at school, Chris played in both the Bedfordshire County and the Anglo-German Youth Orchestras.

Chris was fiercely proud of his comprehensive state school education, as he felt it amply provided the foundation for anyone with the necessary drive and ambition to achieve, and he would cite the example of a classmate who excelled in a very different field – directing Hollywood blockbusters with Sylvester Stallone and Harvey Keitel – to illustrate his point. Chris studied industrial economics at Nottingham, where he also served as JCR president at Hugh Stewart Hall.

On news of his sudden passing, friends and colleagues were quick to pay their respects. Chris was ‘as bouncy a character as it was possible to be’, and ‘always great fun to work with’. He was ‘supremely bright and engaging’ with ‘an incredible ability to see beyond himself and create opportunities for people’.

But perhaps what set him apart most was that ‘he genuinely cared about the students, his colleagues and the profession. It’s no wonder he was so universally liked.’ 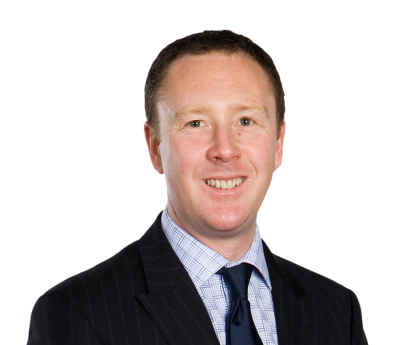 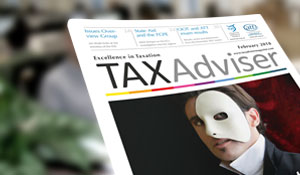