Somehow, the official title of Summer Budget 2015 initially sounds subconsciously appealing; the use of the word "summer" brings to mind Wimbledon, strawberries and cream, long evenings with BBQ aromas in the background. Then the second word kicks in and the illusion is ruined. The other view in the office was that it sounded a bit like the song Summer Nights from the film, Grease – cue an impromptu penning of some budget related lyrics and a quick rendition by a hastily assembled Tolley choir – you can see the result here, https://youtu.be/TlYAyqN0F_U, not bad for the first take!

When everyone's thoughts are turning to summer breaks this was exactly what we didn't want, another raft of proposals to get to grips with – maybe it wouldn't be that detailed?

If anyone had hopes of an easy ride they were soon dashed when it became apparent that there would be some fairly major changes to digest on the tax front. Included in the announcements were changes to the rules for "non-doms", restrictions to tax relief on pensions for high earners (as well as the announcement of a green paper on  fundamental reform of pensions), as well as the much heralded change to the way that the family home would be treated for IHT purposes. It became clear very quickly that this was not a budget that was tidying up a few loose ends.

It was clear that Mr Osborne wanted to take the opportunity to revisit the election manifesto as he declared "that's how we were elected, and is exactly what we will do", before stating that this was a "big Budget for a country with big ambitions".

Once again, he proved himself to be a fan of statistics, rattling off an eye watering number of facts and figures, which he claims show that "Britain has turned a corner". He also got in the, now obligatory, reference to sunshine and fixing the roof, not to mention 3 references to that old favourite, "Northern powerhouse".

Inevitably, it was the announcements on welfare that raised the noise levels on the benches opposite, although the Speaker had to intervene to quieten the government benches when Mr Osborne announced the proposal for the National Living Wage – Iain Duncan-Smith found this particularly pleasing judging by his rather animated reaction!

In March it was suggested that he had chosen to spend £1m on a fund to commemorate the 600 th anniversary of the Battle of Agincourt, solely so that he could weave in a dig at Ed Miliband. This time it was Boris Johnson in the firing line with a quip about his "campaign bunker" in a measure announcing money for the renovation of the RAF's Group Fighter Command Centre. He doubled his funds by adding a more topical comment referencing the recommended expansion of Heathrow, with "the days when aeroplanes flew freely over the skies of west London."

This budget was Mr Osborne at his most bullish, and as expected, it delighted his supporters and dismayed his opponents. There will be plenty for both sides to debate in the coming months.

Our tax writers, editors and technical teams have been hard at work throughout the afternoon, evening and night preparing the summaries that you can access from here, the aim being to tell you not only what has changed and why it is important, but also what it means for you. As always I am indebted to everyone for their hard work tonight – we hope that you find it useful. 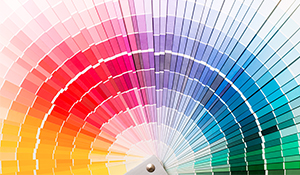