Introduction to the diverted profits tax

TolleyGuidance has recently published a new sub-topic featuring detailed analysis and practical commentary on the diverted profits tax regime.  The sub-topic contains six new guidance notes, the first of which is replicated below. This note highlights the scenarios within which a charge could arise, the entities which may be caught, the administrative considerations and sources of further information.

It was announced at Autumn Statement 2014 that a new tax would be introduced, known as the diverted profits tax (DPT) (see the Autumn Statement 2014 - corporate tax overview news item). The final legislation was introduced by FA 2015, ss 77 – 116 and Sch 16. The Government hopes that the introduction of the DPT will deter multinational groups of companies from implementing aggressive tax planning techniques which divert profits away from the UK, in an attempt to minimise the group's overall corporation tax bill.

HMRC, which is responsible for the collection and management of DPT, has published draft guidance on the operation of the DPT regime in the form of DPT: interim guidance. The draft guidance was last updated in March 2015 and is referred to throughout this note. It is possible that this guidance may be amended by HMRC prior to finalisation. HMRC has stated its intention to incorporate the interim guidance into the International Manual (INTM) in due course.

This guidance note helps readers to understand the basic principles of the DPT regime to enable them to ascertain whether a particular scenario is likely to attract a charge to DPT, with links to additional sources of information as appropriate. 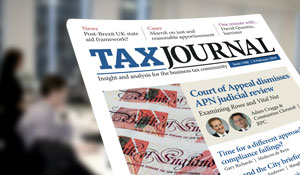